Hello. Thank you for visiting my website to find out a bit more about me in the hopes of determining if we would be a good fit to work together regarding your dietary intake to help positively impact your health and weight goals.

In the sense of full disclosure, I did not become a dietitian because I liked to eat healthy. At the age of 19 when I took my first nutrition class nothing could have been further from the truth. I grew up a very picky eater and while I rarely ate restaurant food, I grew up eating way too much processed food. I decided to study nutrition because I was struggling to find a major in college and because when a fellow classmate suggested it to me, I wondered if I became a dietitian if I could learn how to not become obese as an adult as I didn’t want to follow in the footsteps of my beloved mother. Those are the reasons I decided to become a dietitian. Not because I liked vegetables and other healthy foods. That has thankfully come over time, especially as I have learned how to use food as medicine to improve my own health.

When I opened up my private practice in 2012 to work with people on a one-on-one basis, rather than in an outpatient group format, I wanted to be known as a “fun dietitian” who would help my patients to have their cake and eat it too. The philosophy of The Academy of Nutrition and Dietetics was essentially that any food and beverage was fine on occasion in moderation. In other words, we mustn’t offend or alienate any company or organization. I tried to practice that same philosophy for myself and the diets of my husband and children. That strategy seemed to work for many years but when it stopped working, it really stopped working. Unfortunately, it took some time to unravel why it no longer worked. I had been seeing in my practice that it also wasn’t working for my female patients where weight loss was concerned. In 2016 it started to become apparent that what had worked for me in the past with diet and exercise were no longer working. It was getting harder to control my weight on the same diet with the same or even more exercise. My fatigue and brain fog were worsening. My cholesterol was also going higher and higher despite my following the American Heart Association guidelines. I was bewildered and overwhelmed and not quite sure what to do apart from push on as I was doing and hope for the best.

Then, what I can look back and see more clearly now, God sent a young patient to me who brought in several pages of in-depth blood work her own physician had recently drawn in an attempt to get a more complete picture of all that had gone wrong in her young body. I wanted to know the same medical information for myself so later that year on my birthday I scheduled a physical with that same physician and received the same blood work. Pandora’s box was opened. My labs showed I was what I refer to as a “hot mess” internally. I had antibodies to gluten, a positive marker for an autoimmune disease, antibodies against my thyroid, and significant inflammation markers and a really high leptin level, which explained why I was so hungry all the time. A year later I would be diagnosed with breast cancer. I would read later while doing continuing education that high leptin levels are associated with cancer.

If you, a friend or family member suffer from one of these conditions or other conditions, please consider working with me to improve your health. 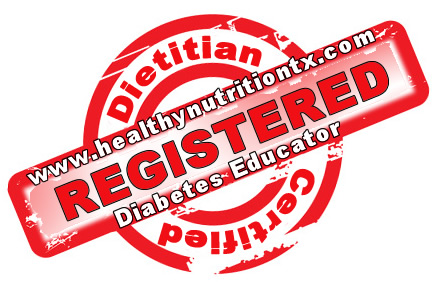